Menu
Log in
Register
Install the app
You are using an out of date browser. It may not display this or other websites correctly.
You should upgrade or use an alternative browser.

You see what all the offshore people emailing me about the dojo's sandbox security errors locking them out has done. I've felt such guilt over server side errors going on, plus me for so long not having enough time to do so many things needed, I finally decided to go 'around' it all just a bit, for now! Not entirely. Just a little.

Unlike the text-based data of the dojo this is a scan/photo-based viewer group on yahoo.
(Literally, if you type your session, you take a screenshot and post it as a photo.)

This group requires double-blind work and includes tasking from members as well as viewing.
Three TKR missions gets you into the group; ten missions at TKR gets you onto the tasker rota.

First task won't kick in until after the Mission closes this coming Monday. Tasks will never open or close on Sunday-Monday as I don't want to interfere with the Missions and Benton's awesomeness. 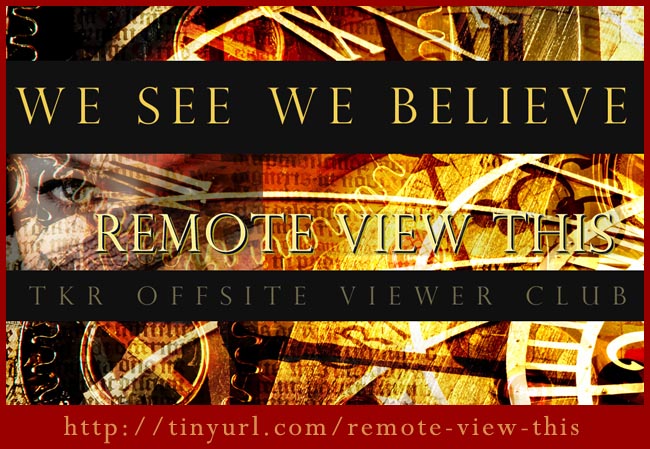 Complex and confusing and bright and subtle and layered and Oooooh, Aaaaaaaah. Like RV. Heh. I stole the name and part of the image from something I made years ago, for a blog I never got around to opening.

Off to bed now, must work in the morning. Wait, it IS morning. Sigh! Well, a little later. I'll be sending out invitations when I get another block of free time. Any mission viewer who sees it sooner can 'join' in yahoo, give your TKR Alias.

I looked around for awhile for a friendly site, one that teaches and actually allows viewing - I'm not great at rules for it. I got kicked off of a big one in England for viewing once - I had not taken their lessons. There was a fee involved of course for the lessons. Viewing is natural and very, very hard, and I'm too old to be a baby in general. I'm in. Thanks.
K

IRVA uses yahoo groups for their monthly Focal Point target practice and it is pretty user friendly. Should be fun!! Thanks PJ!